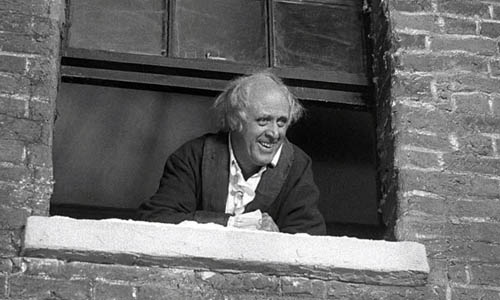 Stave Five or The End of It.  JRR Tolkien wrote in The Hobbit “ Now it is a strange thing, but things that are good to hear are soon told about, and not much to listen too; while things that are uncomfortable, palpitating, and even gruesome, may make a good tale, and take a good deal of telling.”  If you have not read the first four installment click here.

So we find at the end of A Christmas Carol.  The last stave of the book is about eight pages long, depending on the edition, but the end is the most joyous of endings of any book ever written.

When we left Scrooge at the end of Stave Four the black robed phantom of Christmas Future, had collapsed into a bedpost.  Scrooge was back in his room, his own room. But “best and happiest of all, the time before him was his own, to make amends in.”

Scrooge repeated the promise he had just made, I will live in the past the present and the future.  The spirits of all three will strive within me.  He even yells out to Jacob Marley that he is making the statement on his knees, which, I believe in Scrooge’s mind makes it a prayer.

Scrooge had been sobbing at the end of his meeting with the last ghost, with the tears still wet on his face, he grabs his bed curtains and exclaims, “They are not torn down…

They are here – I am here – the shadows of the things that would have been, may be dispelled.  They will be.  I know they will!!”

Scrooge at this point is beside himself with joy.  He makes note of all the things in his room that remind him of his adventures as if trying to memorize them.  In the first Stave of this series it was mentioned that Scrooge’s first name Ebenezer, was a reference to something that is used to remember great events with.  Here Scrooge is making a list of Ebenezer’s for himself.

At the end of pointing many things out he cries out,” it’s all right, it’s all true, it all happened”.  And then Scrooge does something that he has not done in many years he laughs.  It is a laugh of joy, and Dickens calls it, “the father of a long long line of brilliant laughs.

He realizes he doesn’t know how long he has been with the spirits or even what day it is.  But in this wondering he is stopped by the ringing of many bells.  They make a sort of music to him and, as he was terrified of the bells he heard when Jacob Marley made his appearance, he is now filled with joy.

He opens a window and finds a boy and asks the child what day it was.  The boy tells him it is Christmas Day and Scrooge is amazed to hear that, realizing the spirits had changed him all in one night, and that they can do anything they like.

He returns his attention to the boy and asks if the big prize turkey was still hanging in the butchers shop?  The boy told him it was and Scrooge told him to go and buy it.  The boy said a very Victorian term of the time “Walk-er”

Walk – er was not just said, it was emphasized with a specific movement.  On walk you closed your hand into a fist and brought your fist up to your face with your thumb touching your nose and you knuckles facing up.  On er you spread you fingers up and out with your thumb still touching your nose.  This was not a nice gesture then and it is still not very nice today.

Scrooge tells the boy that he means it and if the boy is back with the turkey in less than five minutes Scrooge will give the boy a half a crown.  A half crown today would be worth about 21 cents but in that time that was a princely sum for a young boy.

In England at the time goose was the traditional Christmas feast, but with the publication of A Christmas Carol the sales of geese dropped dramatically and the sales of turkeys went up, so much so that the country ran out of them.

When one business man read this story he went out and bought all of his employees a turkey.  That tradition still exists today.

Scrooge attended to getting dressed, including shaving.  Dickens tells us that shaving is hard to do when your hand is trembling but harder when you are dancing.

Scrooge dressed in his best and went out in to the streets.  He had such a wide smile that many people called a merry Christmas to him.  Scrooge felt that these were the best word he had ever heard.

He then spotted to the two gentlemen who had come into his place of business the day before collecting for charity, Scrooge had rudely offended them then, and now he knew what he had to do.  He went up the gentlemen and asked their pardon for the day before, and then whispered what we believe to be a large sum in to ear of one of the men, for the two men’s work.  He assures them that are a great many back payments included in the sum.  The only thing that he asks of them is that they visit him, and they said that they would.  Scrooge has made his first friends.

Scrooge went to church, he walked the streets and watched the people and even patted children on the head.  He looked continually around him at every thing and every one and found that it all brought him pleasure.

This is distinctly different from the man who was called in the beginning “as solitary as an oyster.  Scrooge’s transformation shines more brightly as he welcomes humanity into his life.

In the end he goes to his Nephews and humbly asks if he can come in.  Scrooge’s nephew shakes his hand with joy as his prayers had been answered.  Fred had a family again.

The evening was just as it had been when he was there unobserved with the ghost of Christmas Present, only this time he was not on the outside looking in but on the inside and loving every minute of it.

There was one last issue Scrooge had to face, his clerk Bon Cratchit.  He had already sent Bob the turkey but he sent it anonymously.  So Bob had no idea where the bird came from.  The next morning Scrooge rushed to his office in the hope that Bob would be late.  His hope was realized as Bob showed up 18 minutes and a half after his scheduled arrival time.

Scrooge feigned anger and told Bob to step into his office.  Bob feared the worst but Scrooge quickly let his false face drop and told Bob he was not only going to raise Bob’s salary but he was also going to help Bob’s family.

Dickens finishes this for us. “Scrooge was better than his word.  He did it all and infinitely more, and to Tiny Tim, who did not die, he became a second father.”

It was always said of Scrooge, that he knew how to keep Christmas well, if any man alive possessed the knowledge.  May that be truly said of us, and of all of us!  And so, as Tiny Tim observed, GOD BLESS US, EVERY ONE!

Many people do not like reading books and so, if reading is not one of your greatest pleasures, I would recommend one film version of A Christmas Carol.  It was made in 1951 and is actually called Scrooge.  The film stars Alistair Sim and is in Black and White, Sim Played Scrooge so well that the transformation scene is amazing to watch.  He looks like he has become a new person.  Don’t watch the colorized version it takes a lot away.  Black and white movies were an art work in themselves.  To colorize them does not add to them but actually subtracts from the quality of the film.

However I heartily recommend the reading of this classic tale.  Many of the film versions keep much of what we have discussed over the last five days out of the movie and so much is lost from page to the screen.

What can be brought away from this tale?  Hope is the first thing.  No matter how much you may be struggling w ith right now, whether it is inside yourself or with another person there is always hope that things will change.

We should also learn to be more deliberate in our actions living in the present but in no way forgetting the past and evaluating our actions to day for the sake of tomorrow,

At the center of this story is love.  As mentioned in the first installment Dickens never specifically mentions Jesus, but Jesus is throughout the entire work.  Jesus came for one reason, to redeem us from our sins and reunite us with The Father in Heaven.  He came to save us and it is ultimately salvation that Jacob Marley brings to Scrooge.

And so, for all the years to come, live well, love well, laugh hard, give generously both from your resources and from your heart.  Don’t let the world push your head down but always keep it raised and see the wonders around you and answer the call of those in need.

And so as Tiny Tim said last of all, God Bless us, everyone!