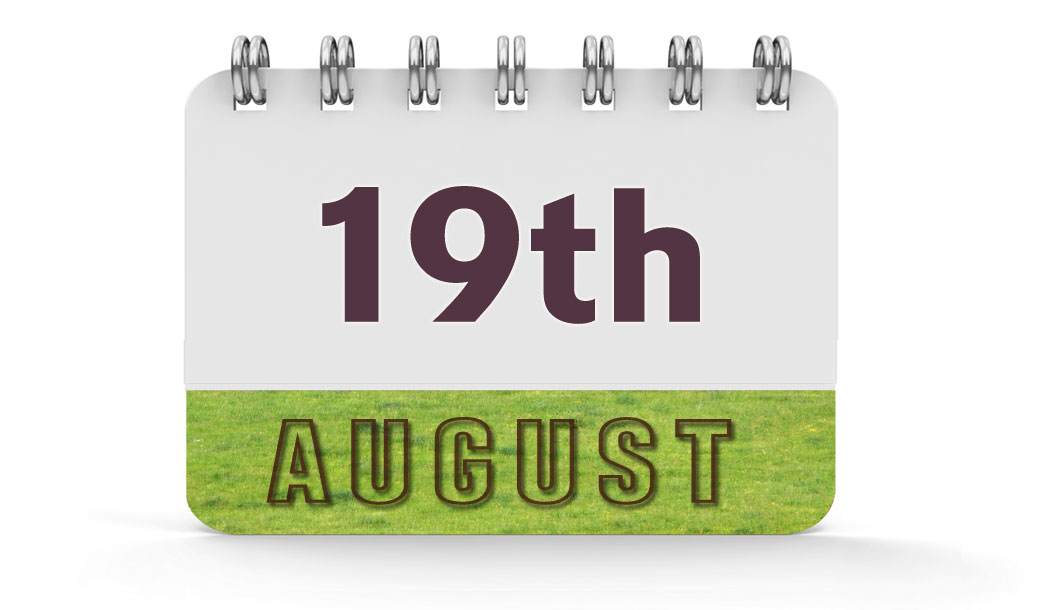 295 BC – The first temple to Venus, the Roman goddess of love, beauty and fertility, was dedicated by Quintus Fabius Maximus Gurges

1612 – The “Samlesbury witches”, three women from the Lancashire village of Samlesbury, England, were put on trial, accused of practicing witchcraft, with all three of the Samlesbury women acquitted.

1692 – In Salem, Province of Massachusetts Bay, five people, one woman and four men, including a clergyman, are executed after being convicted of witchcraft at the Salem Witch Trials.

1848 – The New York Herald published the news to the East Coast of the US about the Gold Rush in California .

1909 – The first automobile race at the Indianapolis Motor Speedway.

1960 – With Korabl-Sputnik 2, the Soviet Union launched the satellite with the dogs Belka and Strelka, 40 mice, two rats and a variety of plants. All of the creatures survived

1991 – Black groups targeted Hasidic Jews on the streets of Crown Heights in New York, New York for three days, after two black children were hit by a car driven by a Hasidic man.