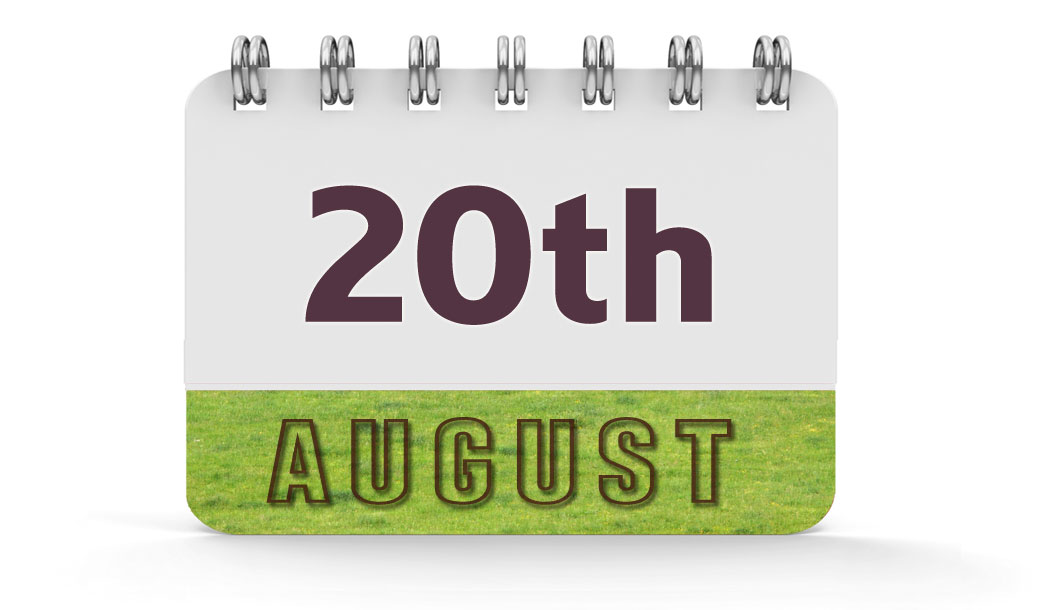 1000 – The foundation of the Hungarian state by Saint Stephen.

1938 – Lou Gehrig hits his 23rd career grand slam, a record that stood until
2013 years when it was broken by Alex Rodriguez.

1977 – NASA launched the Voyager 2 spacecraft towards the outer solar system.

1998 – The Supreme Court of Canada ruled that Quebec cannot legally secede from Canada without the federal government’s approval.

2014 – 72 people were killed in Japan’s Hiroshima prefecture by a series of landslides that were caused by a (typical) month’s worth of rain that fell in a singleday.