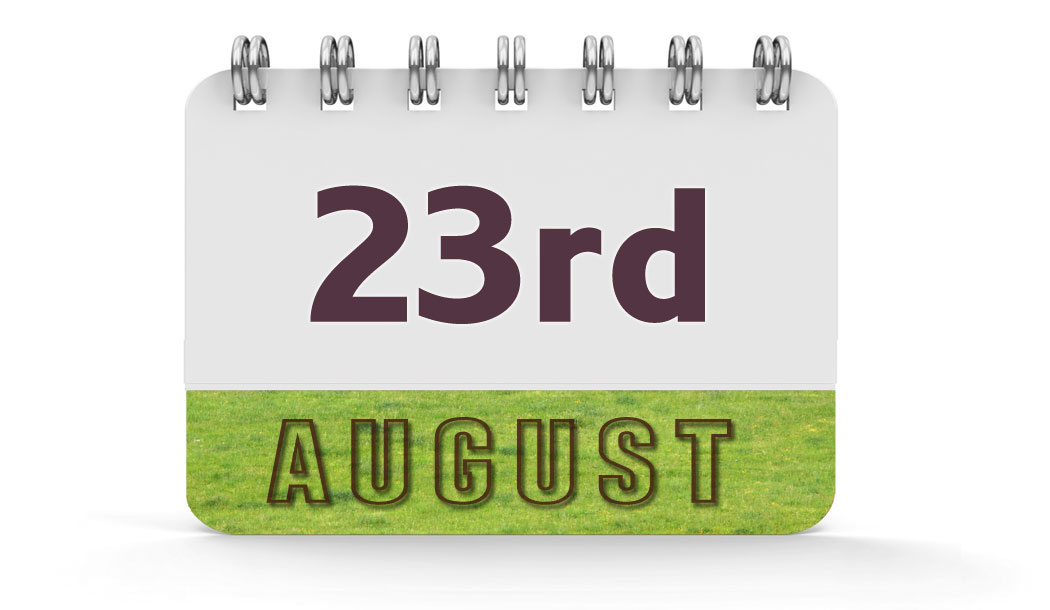 79 – Mount Vesuvius began stirring, on the feast day of Vulcan, the Roman god of fire.

1305 – Sir William Wallace was executed for high treason at Smithfield in London.

1775 – King George III delivered his ‘Proclamation of Rebellion to the Court of St. James’s’ stating that the American colonies have proceeded to a state of open and avowed rebellion.

1913 – The Little Mermaid statue was dedicated in the harbor of Copenhagen, Denmark

1948 – World Council of Churches was formed.

1965 – The Sound of Music was released, starring Julie Andrews

1966 – Lunar Orbiter 1 took the first photograph of Earth from orbit around the Moon.

1973 – A bank robbery gone wrong in Stockholm, Sweden, turns into a hostage crisis; over the next five days the hostages begin to sympathize with their captors, leading to the term “Stockholm syndrome”.