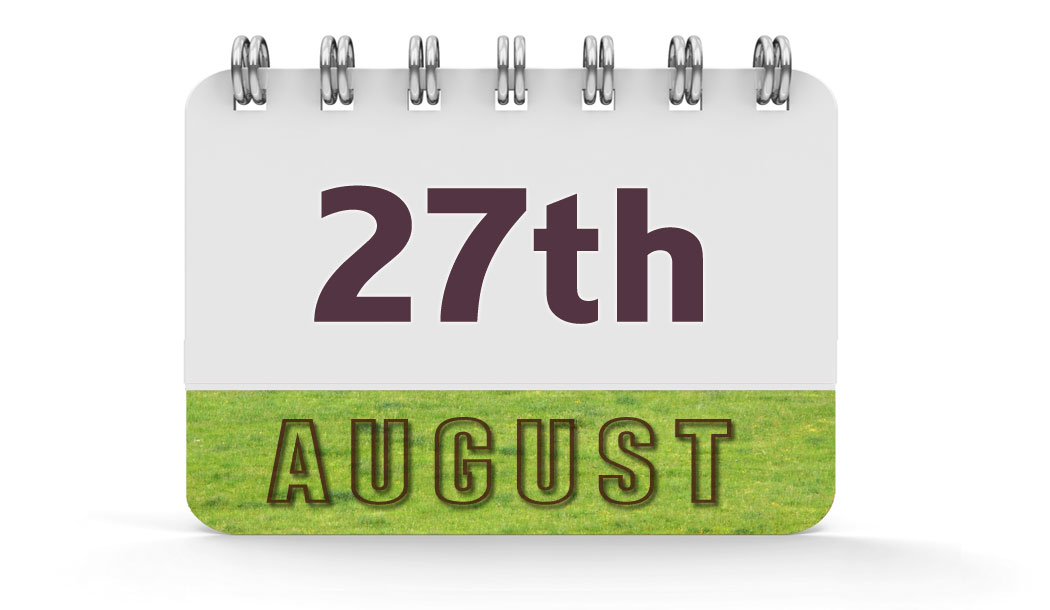 410 – The sacking of Rome by the Visigoths ended after three days.

1813 – French Emperor Napoleon I defeated a larger force of Austrians, Russians, and Prussians at the Battle of Dresden.

1896 – The  Shortest War in recorded history was the Anglo-Zanzibar War. The conflict lasted between 38 and 45 minutes. Zanzibar lost.

1939 – First flight of the turbojet-powered Heinkel He 178, the world’s first jet aircraft, in Germany.

1955 – The first copy of the Guinness Book of Records was issued.

1962 – The Mariner 2 unmanned space mission was launched to Venus by NASA.

2003 – The first 6-party talks, involving South and North Korea, the United States, China, Japan and Russia, convened to find a resolution to the security concerns as a result of the North Korean nuclear weapons program.