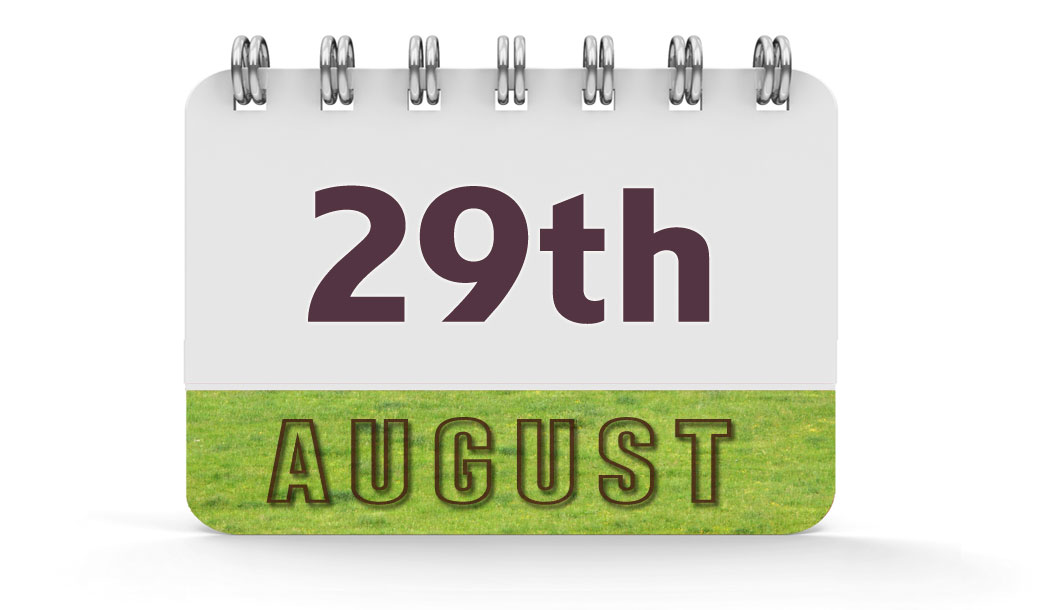 1898 – The Goodyear tire company was founded.

1922 – The first radio advertisement (for an apartment complex) was broadcast on WEAF-AM in New York City.

1966 – The Beatles performed their last concert at Candlestick Park in San Francisco.

1967 – ABC’s The Fugitive finale (part 1) was one of the most-watched episodes of the decade.

1997 – (fictional) 3 billion people would have died if not for the heroic efforts of Sarah and John Connor to successfully delay Judgement Day.

2005 (Hurricane) Katrina devastated the US Gulf Coast, from Louisiana to the Florida Panhandle, killing an estimated 1,836 people.