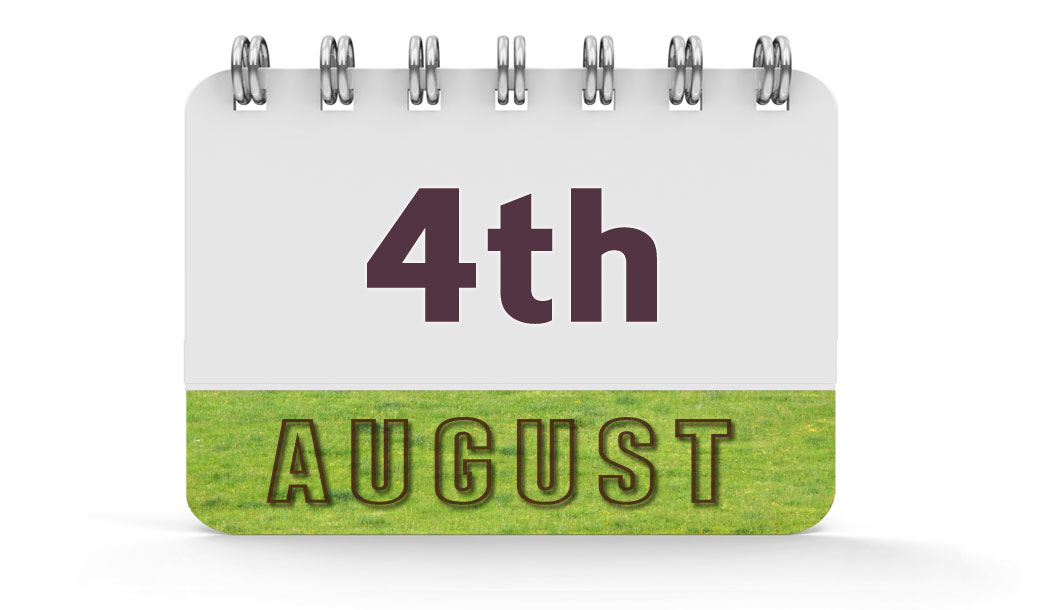 70 – The Second Temple in Jerusalem was destroyed by the Romans.

1892 – The father and stepmother of Lizzie Borden were found murdered in their Fall River, Massachusetts home. Lizzie was acquitted of the crime.

1921 – Cropdusting was invented. John B. Macready flew a Curtiss JN-4 over catalpa trees near Troy, Ohio, killing 99% of the leaf caterpillars, saving the 5000 trees with 175 pounds of lead arsenate pesticide.

1942 – Holiday Inn was released in theaters. The Holiday Inn hotel chain was named after this film. Introduced the Academy Award for Best Original Song, White Christmas, by Irving Berlin and performed by Bing Crosby.

1958 – The Billboard Hot 100 was published for the first time. The first number-one song of the Hot 100 was “Poor Little Fool” by Ricky Nelson.

1987 – The Federal Communications Commission rescinded the Fairness Doctrine, which had required radio and television stations to present controversial issues “fairly”.