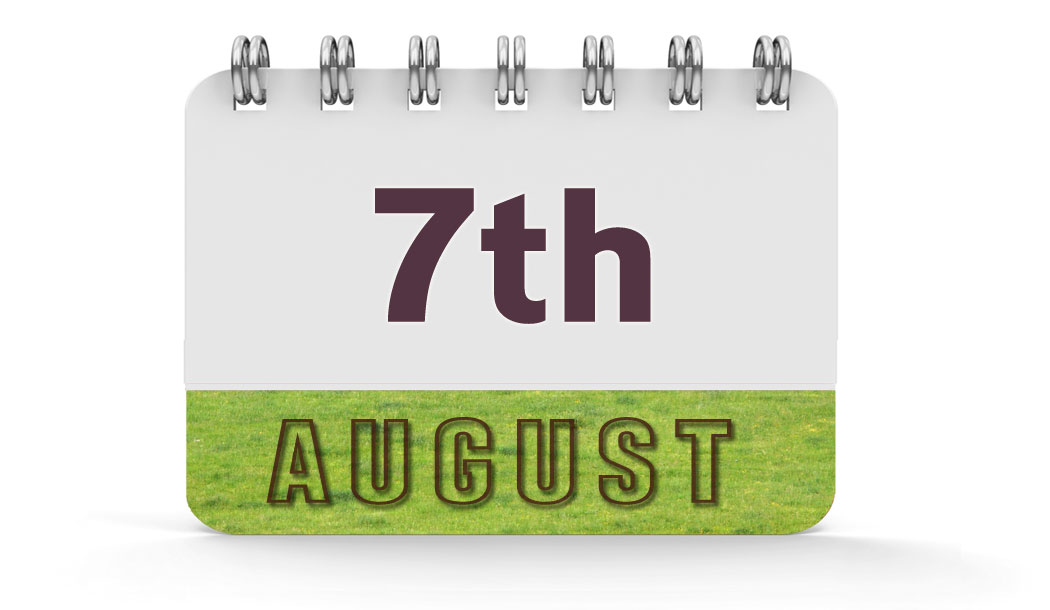 1782 – George Washington ordered the creation of the Badge of Military Merit to honor soldiers wounded in battle. It was later renamed the Purple Heart.

1930 – Thomas Shipp and Abram Smith, two accused African-American criminals were taken from jail by a mob and lynched. Lawrence Beitler took a picture of the mob and bodies, inspiring Abel Meeropol to write a poem, “Bitter Fruit.” It was later rephrased as “Strange Fruit” and recorded by Billie Holiday.

1944 – IBM announced the first program-controlled calculator, the Automatic Sequence Controlled Calculator, known best as the Harvard Mark I. It used 765,000 components and hundreds of miles of wire and weighed about 5 tons.

1953 – Officially, Ohio is listed as the 17th state in the US, but it is technically number 47. Congress forgot to vote for a formal resolution to admit Ohio to the Union, but finally did on August 7, 1953.

1959 – The Lincoln Memorial design on the U.S. penny went into circulation. It replaced the “wheat” design, and was minted until 2008.

1959 – Explorer 6 launches from the Atlantic Missile Range in Cape Canaveral, Florida. The satellite fell back to Earth on July 1, 1961

1976 – Viking 2 entered orbit around Mars. The lander went onto the Mars surface on September 3, 1976, and took pictures and analyzed soil samples until July, 1980.