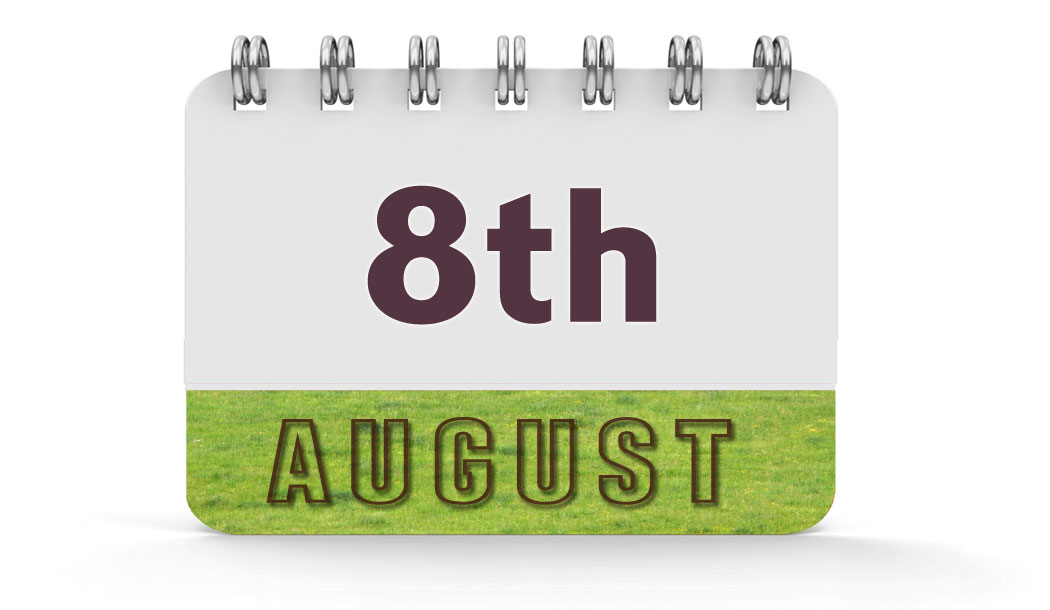 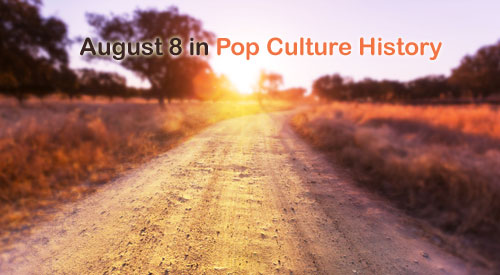 1786 – Mont Blanc on the French/Italian border was climbed for the first time by Jacques Balmat and Dr. Michel-Gabriel Paccard.

1786 – Coinage of US money was established by Congress

1908 – Wilbur Wright made his first flight at a racecourse at Le Mans, France; the Wright Brothers’ first public flight.

1963 – In England, a gang of 15 train robbers stole £2.6 million in bank notes in the Great Train Robbery. They were later caught.

1969 – At a ‘zebra crossing’ in London, photographer Iain Macmillan took one of the most famous photographs of all time, the cover of the Beatles album, Abbey Road.

1974 – President Richard Nixon, in a nationwide television address, announced his resignation from the office of the President of the United States, effective noon the next day.

1975 – Hank Williams, Jr. fell from a mountain in Montana, requiring reconstructive surgery to his face.

1989 – STS-28 Mission: Space Shuttle Columbia took off on a secret five-day military mission. It landed at Edwards Air Force Base, California, on August 13. That’s all we know.