The Baptism of Christ by Leonardo da Vinci

The Baptism of Christ is a painting finished around 1475 in the studio of Andrea del Verrocchio and his pupil Leonardo da Vinci. Some historians say other students may have been involved in the painting. In the early 1480s, Andrea resolved never to touch the brush again because his student, Leonardo, had far surpassed him. That may or may not have been true, but he did switch his efforts into statues around that time. 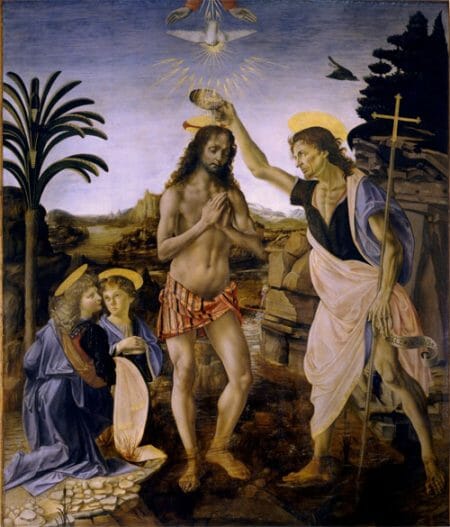