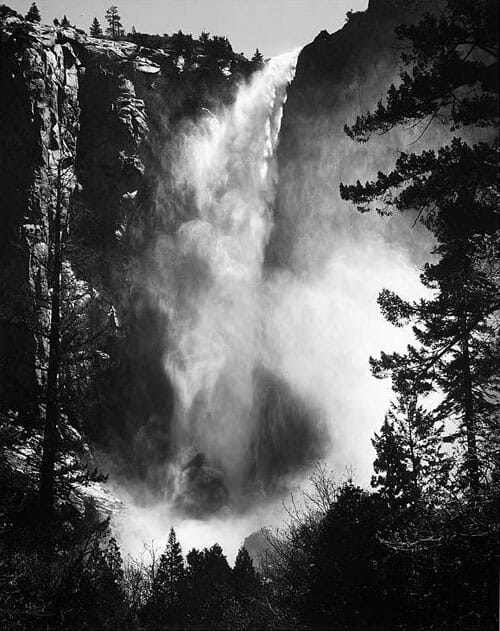 Ansel Adams created this image with a 6 1/2″ x 8 1/2″ Korona view camera and a glass plate negative around 1927. The image captures Yosemite ‘s majestic Bridalveil Fall, including the curling mist that inspired its Native American name pohono , meaning “puff of wind.” The fall looms large in family lore: in 1901, Harry and Anne Best, the parents of Ansel’s wife Virginia, were married at its base.

It was around the time that this photograph was created that Adam’s truly began to hone in on his craft. He called the process “visualization”, as he could see the final image he wanted created in his mind before he even captured the photograph.