The issue was cover-dated March 1941 and on sale December 20, 1940, nearly a year before the Pearl Harbor attack, and the United States’ entering World War II. The cover showed Cap punching Nazi leader Adolf Hitler, and it sold nearly one million copies. It was protested by many, given the political nature of where the United States was at that time. 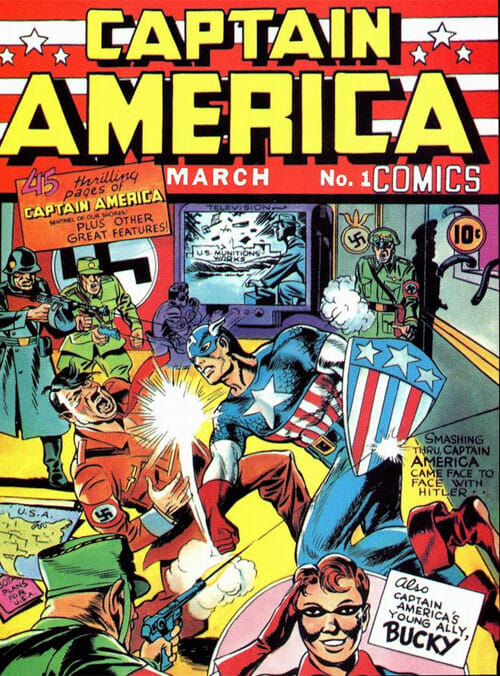 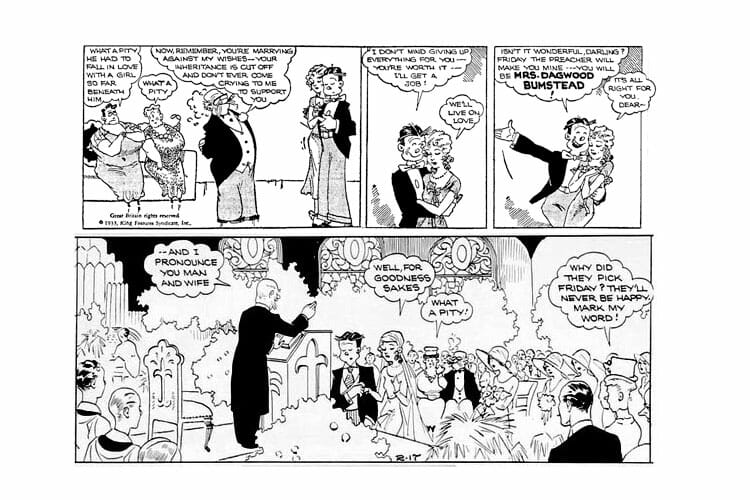 Blondie Marries Dagwood There have been many weddings both historical and fictional in the world of pop culture.  We can go back two thousand years…