Cow Skull: Red White And Blue was painted by modern artist Georgia O’Keeffe in 1931. The painting prominently displays the three colors of the American flag and was created at a time when American artists, musicians, and writers were interested in identifying a uniquely American style and subject matter for their work. 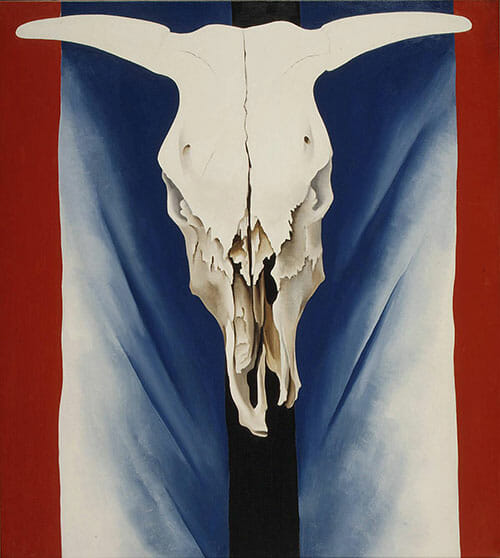 The painting depicts O’Keeffe’s somewhat dissenting opinion as to what should best symbolize American culture. She purposely weathered the cow skull to show the enduring spirit of America. Although she painted the picture as a bit of a joke on the concept of the “Great American Painting”, it is now viewed as being one of the few iconic paintings symbolizing the American West.