December 17 in Pop Culture History
497 BC – The first Saturnalia festival was celebrated in ancient Rome.

1790 – The Aztec Stone (‘Sun Stone’) was excavated in the Zócalo, the main square of Mexico City. It is about 12 feet across and weighs about 24 tons. 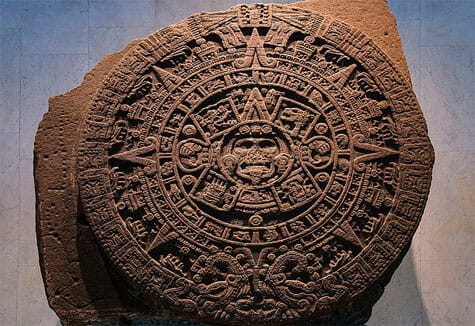 1843 – Charles Dickens’ A Christmas Carol novella was published by Chapman and Hall. It is one of the most well-known books and stories of all time.

1903 – Orville piloted the gasoline-powered, propeller-driven biplane he made with his brother Wilbur, which stayed aloft for 12 seconds and covered 120 feet on its inaugural flight near Kitty Hawk, North Carolina.

1979 – The first rocket automobile vehicle to break the sound barrier on land was driven by Stan Barrett who reached 739.7 mph (speed of sound: 761.2) on a 3-mile test-strip at Rogers Lake, Edwards Air Force Base, CA.

1982 – Tootsie and The Dark Crystal debuted in theaters.

1991 – Gilbert O’Sullivan’s Alone Again (Naturally) was ‘sampled’ in Biz Markie’s “Alone Again,” and the United States Federal Court for the Southern District of New York agreed with the 70’s artist that Biz needed to get permission to use his music in a very landmark case. That permission typically involves direct payment or a portion of the net profits today.

1999 – Stuart Little was released in theaters.

2000 – In addition to a 17-0 victory by the San Francisco 49ers over the Chicago Bears, San Francisco’s wide receiver Terrell Owens set a new NFL record of 20 catches in a single game.

2004 – Lemony Snicket’s A Series of Unfortunate Events and The Aviator debuted in theaters.

2008 – The Wrestler debuted in theaters.

2011 – Kim Jong Il, ‘Beloved, Brilliant, Perfect, Wise, Unique and Dear’ Leader and Father of the People of North Korea, Died. He was also referred to as the Superior Person, Sun of the Communist Future and The Shining Star of Paektu Mountain. #RIP

2011 – The Adventures of Tintin was released in theaters.

2014 – The Hobbit: The Battle of the Five Armies was released in US theaters