1763 – Dedication of the Touro Synagogue, in Newport, Rhode Island.

1804 – At Notre Dame Cathedral in Paris, Napoleon Bonaparte crowned himself Emperor of the French. 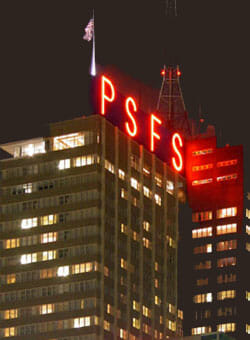 1939 – The New York Municipal Airport opened. It was renamed LaGuardia Airport, after the mayor who pushed it for construction, in 1953.

1942 – Enrico Fermi produced the first nuclear chain reaction, below Stagg Field at the University of Chicago.

1954 – The US Senate voted to condemn Sen. Joseph R. McCarthy for what it called “conduct that tends to bring the Senate into dishonor and disrepute.” He was looking for communists within the government.

1961 – Cuban leader Fidel Castro declared that he was a Marxist/Leninist and that Cuba was going to adopt Communism.

1964 – Students stormed Sproul Hall on the campus of the University of California, Berkeley in a massive ‘sit-in.’

1982 – University of Utah Medical Center performed the first implant of a permanent artificial heart in Barney Clark, designed by Robert Jarvik The Jarvik-7. It expended Barney’s life by 16 weeks.

1988 – The Naked Gun: From the Files of Police Squad! was released in theaters.

1997 – Good Will Hunting, starring and written by Matt Damon and Ben Afflec debuted in theaters.

2009 – Nidal Hasan with thirty-two counts of attempted premeditated murder at the Fort Hood shooting spree on November 5th. There has been a lot of debate on whether it was an act of terrorism or ‘work place violence.’