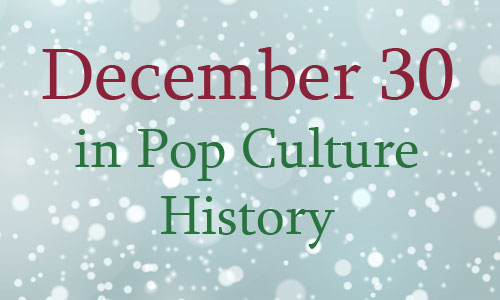 1916 – Grigory Efimovich Rasputin was murdered. He was a family friend and confidant of Russia’s Czar Nicholas II and Czarina Alexandra.

1953 – The Wild One, starring Marlon Brando was released.

1968 – The Gonzaga ’68 bootleg was recorded at a western Washington State gym. The music was of the opening act, Vanilla Fudge, and was one of the earliest performances by Led Zeppelin. They were locally advertised as ‘Len Zefflin.’

2011 -I f you happened to be in Samoa at the end of 2011, you never experienced December 30, 2011. The country decided to change timezones, thus switching sides of the international date line and skipping December 30th altogether.