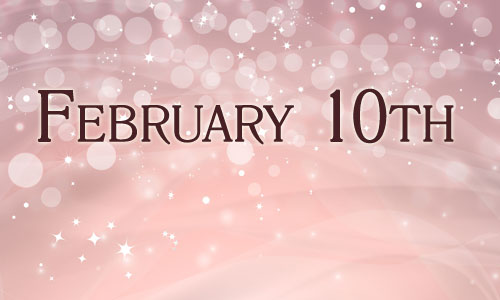 February 10 in Pop Culture History
1763 – The Treaty of Paris ended the French and Indian War and France ceded Canada to England.

1863 – General Tom Thumb and Lavinia Warren were married in NYC.

1897 – All The News That’s Fit To Print Day – the phrase began permanently on the front page of The New York Times.

1933 – In Round 13 of a infamous boxing match at Madison Square Garden; Primo Carnera knocked out Ernie Shaaf, killing him.

1933 – The singing telegram was introduced by the Postal Telegraph Company of New York City.

1942 – The first gold record was presented to Glenn Miller for Chattanooga Choo Choo for selling 1.2 million copies. There was no official rule set at the time to qualify.

1949 – Death of a Salesman by American playwright Arthur Miller, opened at the Morocco Theatre in New York City.

1962 – The Soviet Union exchanged captured American U2 pilot Francis Gary Powers for the Soviet spy Rudolph Ivanovich Abe with the US.

1966 – Ralph Nader, the author of Unsafe at Any Speed: The Designed-In Dangers of the American Automobile, testified before Congress for the first time about unsafe practices in the auto industry.

1993- Oprah Winfrey interviewed Michael Jackson at his home The Neverland Ranch. It was Jackson’s first televised interview since 1979.

1996 – World chess champion Gary Kasparov lost the first game of a six-game match against Deep Blue. He won three, and tied twice in the matchup.