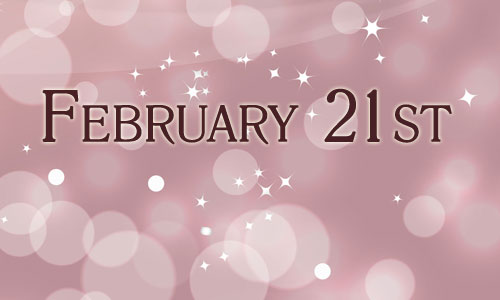 1848 – The Communist Manifesto, written by Karl Marx and Friedrich Engels, was published in London by a group of German-born revolutionary known as the Communist League.

1866 – Lucy B. Hobbs became the first woman to graduate from a dental school.

1878 – The first telephone directory in the US, listing about 50 names, was issued by the New Haven Telephone Company, in New Haven, Connecticut.

1885 – The Washington Monument was dedicated. It was opened to the public about three years later. At 555 feet 5 1/8 inches, it was the tallest structure in the world until the Eiffel Tower was completed in 1889. The 555-foot-high marble obelisk was first proposed in 1783, and had countless delays, including the American Civil War.

1947 – A year before commercially available, Edwin Land demonstrated the Polaroid Land Camera to the Optical Society of America in New York City.

1948 – The National Association for Stock Car Racing – NASCAR – was founded.

1953 – The structure of the DNA molecule was discovered by Francis Crick and James D. Watson

1958 – The internationally recognized peace symbol was designed in 1958 by Gerald Holtom as the logo for the Campaign for Nuclear Disarmament.

1965 – Malcolm X was assassinated by members of the Nation of Islam in the Audubon Ballroom in New York City.

1991 – Lost in Yonkers premiered in NYC at the Richard Rodger Theatre.

1997 – The all digital Wheel of Fortune board was introduced.