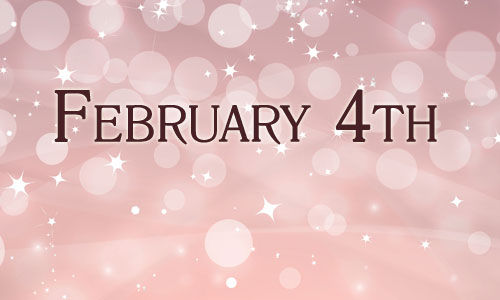 1703 – In Edo (Japan), 46 of the Forty-seven Ronin committed seppuku (ritual suicide) for avenging their master’s death.

1783 – Britain declared a formal cessation of hostilities with its American colonies, the United States.

1789 – George Washington was elected as the first president of the United States by the Electoral College.

1801 – John Marshall was sworn in as Chief Justice of the United States.

1932 – The Winter Olympics were held in the United States at Lake Placid, NY.

1935 – Mrs. Wiggs of the Cabbage Patch premiered on CBS radio.

1936 – Radium (Ra) became the first radioactive element to be synthetically made.

1985 – President Ronald Reagan’s defense budget called for a tripling of the expenditure on the “Star Wars” research program.

1991 – Pete Rose (aka Charlie Hustle) was banned ‘for life’ from the Baseball Hall of Fame due to the fact that he used to illegally gamble on games.

1997 – A civil jury in California found O.J. Simpson liable in the death of his ex-wife Nicole Brown Simpson and Ron Goldman. Goldman’s parents were awarded $8.5 million in compensatory damages.