Leonardo painted a portrait of 16 year-old Ginevra de’ Benci for her wedding in 1474, and most experts believe this is it. BUT some say that it is not the daughter of Amerigo de’ Benci, but his wife instead. 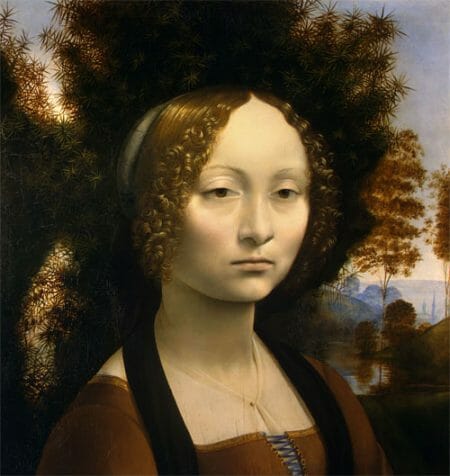 “Because of the multiplicity of interests that spurred him to pursue every field of knowledge … Leonardo can be considered, quite rightly, to have been the universal genius par excellence, and with all the disquieting overtones inherent in that term. Man is as uncomfortable today, faced with a genius, as he was in the 16th century. Five centuries have passed, yet we still view Leonardo with awe.”
– Liana Bortolon