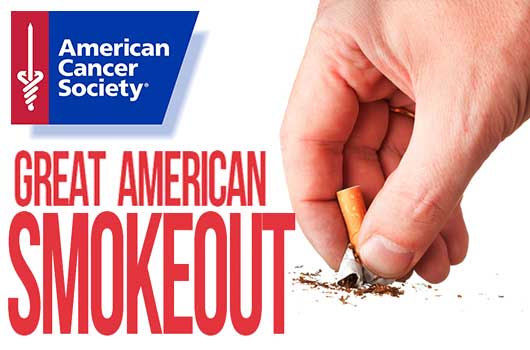 The Great American Smokeout is held on the third Thursday of November. Its purpose is to inspire people to stop smoking and educate the public on the dangers of smoking cigarettes.

The Great American Smokeout had a small beginning in 1970 and then slowly blossomed out. The day marked its full debut November 16, 1977. The day is sponsored by The American Cancer Society.