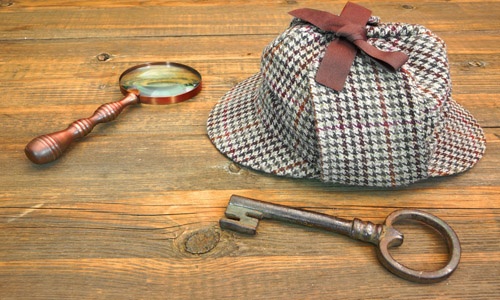 (PCM) Happy Birthday Sherlock! Beloved super sleuth Sherlock Holmes was created by Arthur Conan Doyle in 1887. He is one of (if not the) most adapted fictional characters in literature, appearing in upwards of sixty stories written by Doyle himself and countless other books, plays, comics, films, and television shows in the one hundred plus years since. What’s your favorite Sherlock incarnation?

Although Doyle never explicitly mentioned Holmes’ birthday, January 6th has been accepted as canon by most Sherlock fans. The day is marked by an annual celebration of feasting, lectures, costuming and other festivities in New York City, but fans around the world can observe (deduce, infer, conclude) in their own way… logically.