I and the Village is a 1911 painting by the Russian-French Jewish artist Marc Chagall.
The work featues a bit of Eastern European folktales, both Russian and Yiddish cultures, a bit of Christianity, farm life and a city.
Jews were not allowed in most Russian schools, but his mother bribed a headmaster to let him in. As an artist, he was advised to hide his ancestry, but he chose to embrace his Jewish roots.
Marc Zakharovich Chagall was (Moishe Segal) was born on July 6, 1887 in Liozna, Russia in 1887, and died March 8, 1985.
The Village is exhibited at the Museum of Modern Art, New York 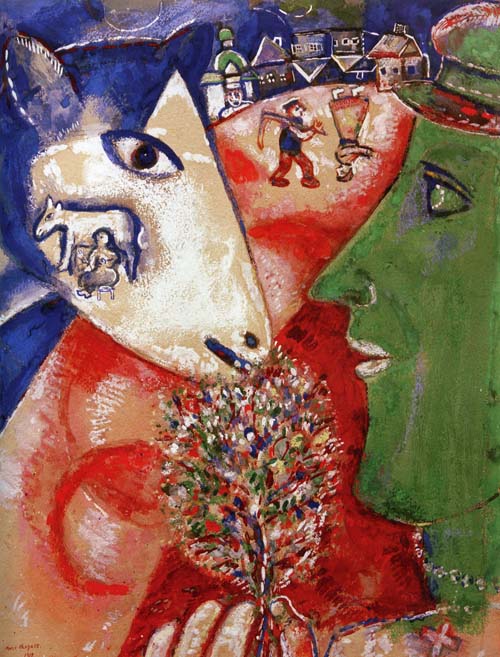