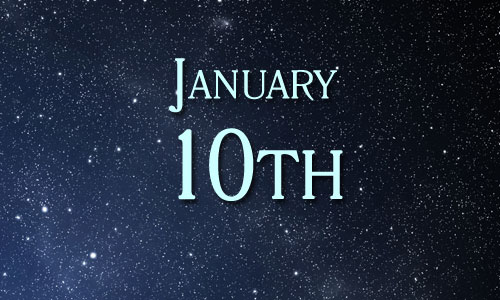 1899 – The US patent (#617592) was issued for an “Electric Device,” invented by David Misell, which was manufactured as the first tubular “Flash Light” by Conrad Hubert at his American Electrical Novelty and Manufacturing Company.

1901 – The first major discovery of oil in Texas was made at Spindletop, near Beaumont.

1920 – The League of Nations was established.

1946 – The United Nations General Assembly met for the 1st time in London.

1949 – The 7-inch ’45’ PRM record was introduced, by RCA. The blue-colored vinyl played a promo in English on one side and Spanish on the other.

1955 – Inherit the Wind opened on Broadway at the National Theater

1990 – Time Warner was formed by the merger of Time Inc. and Warner Communications.

1992 – The Hand That Rocks the Cradle was released in theaters.

1997 – Jackie Chan’s First Strike, Turbulence and The Relic were released in theaters.

2010 – FOX announced that Simon Cowell would depart from American Idol in May in order to launch a US version of X Factor in Fall 2011, also on FOX
Save