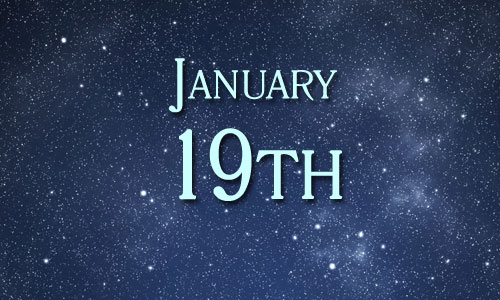 January 19 in Pop Culture History
1825 – The US patent (#X004009) for food storage in cans to “preserve animal substances in tin” was issued to Ezra Daggett and his nephew Thomas Kensett of New York City.

1839 – The British East India Company captures Aden, Yemen. There have not been many companies that could claim “capturing” an area.

1915 – A US patent (#1125476) was issued to George Claude of Paris titled a “System of Illuminating by Luminescent Tubes” an early neon sign.

1920 – The United States Senate voted against joining the League of Nations.

1977 – Snow fell in Miami and The Bahamas. It was the only time in recorded history that it happened, and a sure sign of a coming ice age (global cooling), scientists believed.

1990 – Tremors was released in theaters.

1993 – FOX expanded their prime-time line-up to seven days a week.

1996 – From Dusk Till Dawn was released in theaters.

2012 – The Hong Kong-based file-sharing website Megaupload was shut down by the FBI.

2254 – (fictional) Space station Babylon 4 disappeared 24 hours after construction is finished, according to the TV show Babylon 5.