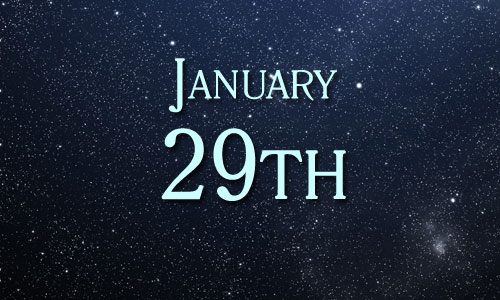 1959 – Walt Disney’s ‘Sleeping Beauty’ was released. The Beauty, Princess Aurora, only appeared on screen for about 18 minutes as an ‘adult’, but she was actually a sixteen year-old.

2015 – Malaysia officially declared the disappearance of missing Malaysia Airlines flight MH370 (disappeared on March 8, 2014) an accident and its passengers and crew presumed dead.