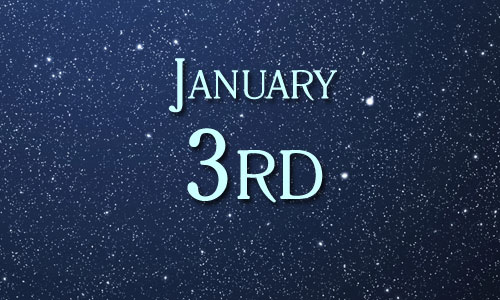 1777 – Washington defeated the British at Battle of Princeton, NJ

1938 – March of Dimes was established

1970 – Jon Pertwee made his first appearance as the Third Doctor in the Doctor Who episode Spearhead from Space. It also marks the first time that the series was broadcast in color. (colour in the UK)

1977 – Holly Hallstrom joined Janice Pennington and Dian Parkinson as a showcase model on The Price is Right.

1979 – The USA cable network was founded

1987 – Unsolved Mysteries premiered (as a special) on NBC

1991 – First television sets to feature closed-caption display are introduced in the U.S.

1993 – ABC and CBS simultaneously broadcast their own movies based on the Amy Fisher story with ABC’s starring Drew Barrymore and CBS’s starring Alyssa Milano. NBC had already beaten the other networks airing their own version about six days prior.

1997 – Bryant Gumbel anchored his last episode of the Today Show.