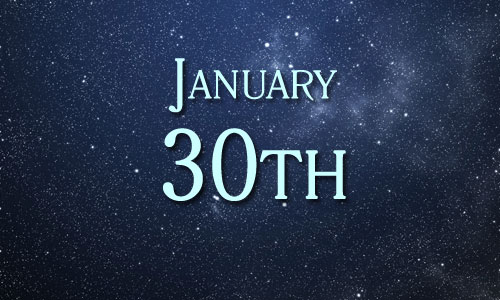 January 30 in Pop Culture History
1703 – The 47 Ronin, under the command of Oishi Kuranosuke, avenged the death of their master, Asano Naganori.

1790 – The first boat designed as a lifeboat was tested on the River Tyne.

1868 – Charles Darwin’s book, Variation of Animals and Plants under Domestication, was published.

1969 – The Beatles rooftop performance and recording for Let It Be took place at Apple Records.

1972 – British Paratroopers open fire on and kill fourteen unarmed civil rights/anti-internment marchers in Derry, Northern Ireland. It was commemorated by US with 1983’s Sunday Bloody Sunday.

1973 – KISS played their 1st show at the Coventry Club in Queens New York.

1987 – Allan Quatermain and the Lost City of Gold, Radio Days and Outrageous Fortune were released in theaters.

2009 – Taken and The Uninvited were released in theaters.