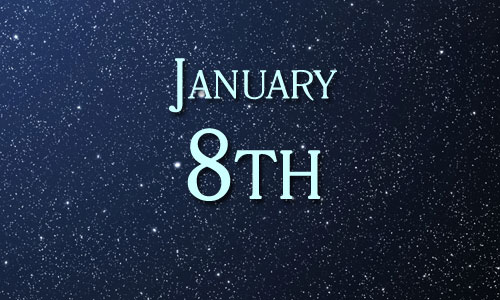 1790 – George Washington gave the first ‘State of the Union’ message, urging the opening of the US Patent Office.

1889 – Dr. Herman Hollerith received the 1st U.S. patent for a tabulating machine, technically this was the first computer patent!

1918 – Mississippi was the 1st state to ratify 18th amendment (prohibition)

1963 – Leonardo da Vinci’s Mona Lisa was exhibited in the United States for the first time, at the National Gallery of Art in Washington, DC.

1996 – Jacques Cousteau’s Calypso was accidentally rammed by a barge and sank in Singapore Harbor. It was raised, and is now a museum in France.