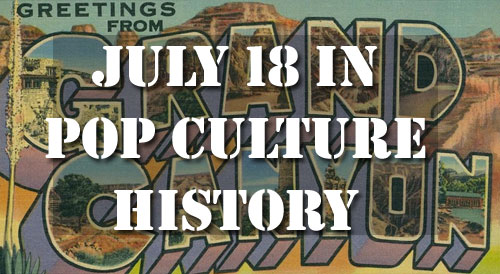 1870 – The First Vatican Council decreed the dogma of papal infallibility.

1969 – Off of Chappaquiddick Island, Senator Ted Kennedy from Massachusetts drove an Oldsmobile off a bridge and his passenger, Mary Jo Kopechne, died.

1976 – Nadia Comaneci became the first person in Olympic Games history to score a perfect 10 in gymnastics at the 1976 Summer Olympics.

1997 – George of the Jungle, Operation Condor and Nothing to Lose were released in theaters.

2008 – The Dark Knight, Space Chimps and Mamma Mia! were released in theaters.

2013 – The Government of Detroit filed for the largest municipal bankruptcy in U.S. history, with approximately $20B in debt.