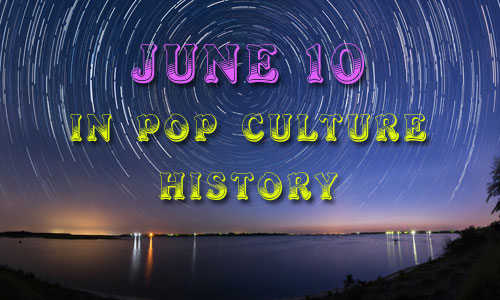 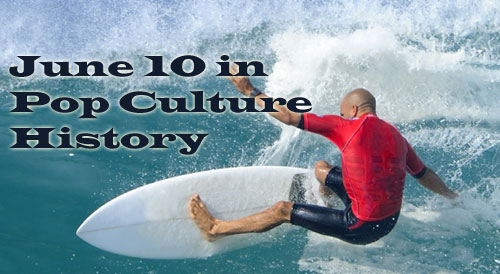 1916 – An Arab Revolt against the Ottoman Empire led by Lawrence of Arabia began.

1940 – (fictional) Thinking he’s having a problem with his machine, George The Time Traveler halts his progress in time-travel and is stunned to witness flying machines battling above London in George Pal’s film, The Time Machine (1960 Film).

1944 – 15-year-old Joe Nuxhall of the Cincinnati Reds became the youngest player ever in a Major League Baseball game.

1952 – Mylar was registered as a DuPont trademark for an strong polyester film that grew out of the development of Dacron, product of the early 1950s.

1983 – Trading Places and Octopussy were released in theaters

1988 – Poltergeist III was released in theaters

1994 – Speed and City Slickers II: The Legend of Curly’s Gold were released in theaters

1994 – Pay television content descriptors which describe the varying degrees of suggestive or explicit content in a series and movies began being broadcast by pay channels such as HBO, Cinemax and Showtime.

2005 – The Adventures of Sharkboy and Lavagirl in 3D and Mr. & Mrs. Smith debuted in theaters

2007 – HBO’s critically acclaimed, multi-award-winning Mob-family drama The Sopranos ended with a sudden cut to black and silence, leaving many fans to wonder whether Tony Soprano was dead or still alive.