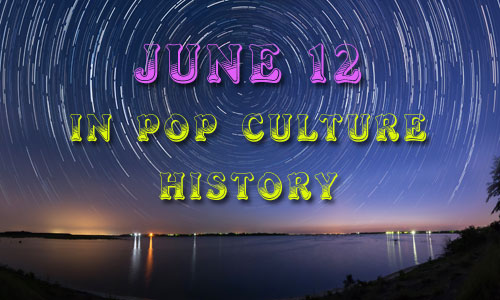 1913 – John Randolph Bray exhibited the first animated cartoon, a movie called The Artist’s Dream (aka The Dachsund) in which a dog ate sausages until he exploded.

1939 – The Baseball Hall of Fame opened in Cooperstown, New York.

1942 – Anne Frank received a diary for her thirteenth birthday.

1964 – Anti-apartheid activist and ANC leader Nelson Mandela was sentenced to life in prison for sabotage in South Africa.

1967 – The US Supreme Court in Loving v. Virginia declared all US state laws which prohibit interracial marriage to be unconstitutional.

1979 – Cyclist Bryan Allen flew the Gossamer Albatross across the English Channel; it was powered solely by human power.

1987 – Predator and The Witches of Eastwick were released in theaters

1994 – Nicole Brown Simpson and Ronald Goldman were murdered outside her home in Los Angeles, California.