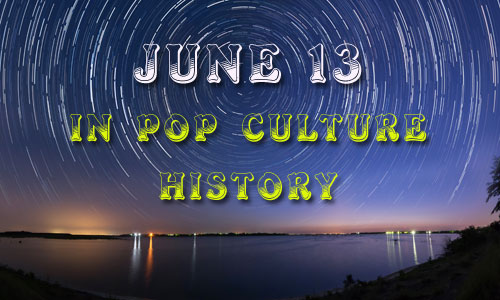 1373 – Anglo-Portuguese Alliance between England (succeeded by the United Kingdom) and Portugal is the oldest international agreement in the world which is still in force.

1774 – Rhode Island became the first of Britain’s North American colonies to ban the importation of slaves.

1886 – Great Vancouver Fire destroyed much of the Canadian city.

1898 – Yukon Territory was formed, with Dawson chosen as its capital.

1966 – The United States Supreme Court rules in Miranda v. Arizona that the police must inform suspects of their rights before questioning them. It is a bit more detailed than what police say in most televised crime dramas.

1983 – Launched in 1972, Pioneer 10 crossed the orbit of Neptune and became the first man-made object to leave our Solar System.

1994 – A jury in Anchorage, Alaska, blamed recklessness by Exxon and Captain Joseph Hazelwood for the Exxon Valdez disaster, allowing victims of the oil spill to seek $15 billion in damages.

2008 – The Incredible Hulk and The Happening debuted in theaters

2012 – Dallas, originally on CBS, returned to television, this time on TNT