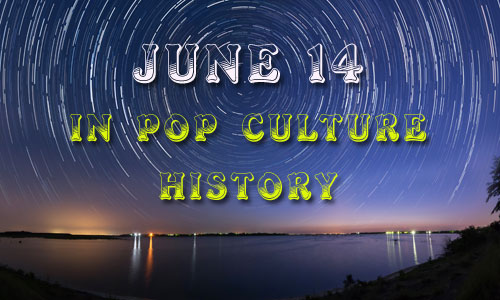 1158 – Munich (in what is now Germany) was founded by Henry the Lion on the banks of the river Isar.

1789 – Whiskey distilled from maize was first produced by American clergyman the Rev Elijah Craig. It is named Bourbon because Rev Craig lived in Bourbon County, Kentucky.

1872 – Trade unions were legalized in Canada.

1884 – New York was the first state in the US to enact legislation requiring the burying of utility wires.

1938 – Dr. Benjamin Gruskin of Philadelphia, Pa. patented (#2,120,667) chlorophyll as a “therapeutic agent for the use in the treatment of infection” of the blood stream, infected parts, and for open cuts and wounds.

1951 – The Univac1 was unveiled in Washington, DC. and dedicated as the world’s first commercial computer.

1954 – US President Dwight D. Eisenhower signed a bill that placed the words ‘under God’ into the United States Pledge of Allegiance.

1959 – Disneyland Monorail System, the first daily operating monorail system in the Western Hemisphere, opened to the public in Anaheim, California.

1966 – The Vatican announced the abolition of the Index Librorum Prohibitorum (“Index of Prohibited Books”), which was originally instituted in 1557.

1967 – The People’s Republic of China tested its first hydrogen bomb.

1985 – Prizzi’s Honor was released in theaters

2002 – The Bourne Identity and Scooby-Doo debuted in theaters