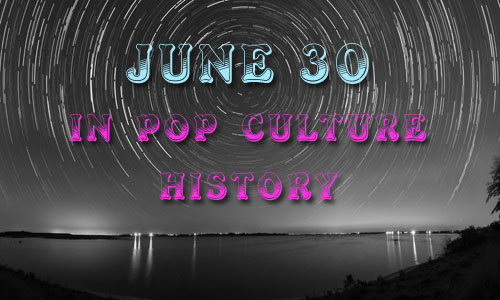 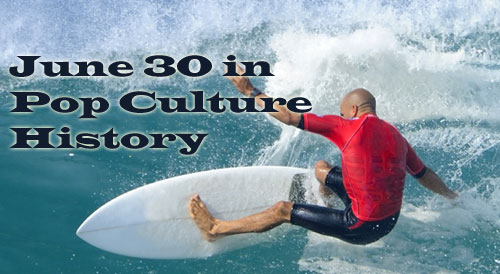 1831 – A patent for a platform scale was issued to brothers Erastus and Thaddeus S. Fairbanks of St. Johnsbury, Vermont.

1859 – Jean-Francois Gravelet, known as Emile Blondin, became the first daredevil to walk across Niagara Falls on a tightrope.

1860 – The 1860 Oxford evolution debate (Huxley-Wilberforce debate or the Wilberforce-Huxley debate) at the Oxford University Museum of Natural History took place.

1908 – The Tunguska Event happened near Lake Baikal, Russia. Destroying 770 square miles in Eastern Siberian Taiga. It was probably a big meteor. Or was it?

1936 – Margaret Mitchell’s Gone with the Wind was published.

1953 – The first Chevrolet Corvette rolled off the assembly line in Flint, Michigan.

1966 – The National Organization for Women (NOW) was founded.

1971 – Ohio ratifies the 26th Amendment to the US Constitution, reducing the voting age to 18, putting the amendment into effect.

1973 – British and French Concorde pilots chased a solar eclipse at Mach 2. They extended their view of it from 7 minutes to 74 minutes.

1972 – The first leap second was added to the UTC time system.

2010 – The Twilight Saga: Eclipse was released in theaters