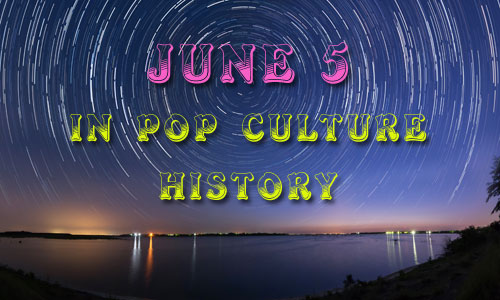 1933 – US President Franklin D. Roosevelt took the United States off of the “Gold Standard”, a result of the Great Depression. President Nixon, in 1971, completed the transition when he announced that the United States would no longer convert dollars to gold at a fixed value, $35 an ounce at that time.

1966 – The Beatles had a taped appearance on The Ed Sullivan Show, debuting music videos for Rain and Paperback Writer.

1968 – Robert F. Kennedy was shot and killed at the Ambassador Hotel in Los Angeles, by Sirhan Sirhan, a Palestinian.

1981 – The Morbidity and Mortality Weekly Report of the Centers for Disease Control and Prevention reported that five people in Los Angeles, California, had a rare form of pneumonia seen only in patients with weakened immune systems, in what turns out to be the first recognized cases of AIDS.

1989 – The Tiananmen Square protests ended violently in Beijing by the People’s Liberation Army, with at least 241 dead. Many western journalists had errantly speculated that the army would not fight against the people.

1995 – Singled Out with host Chris Hardwick premiered on MTV