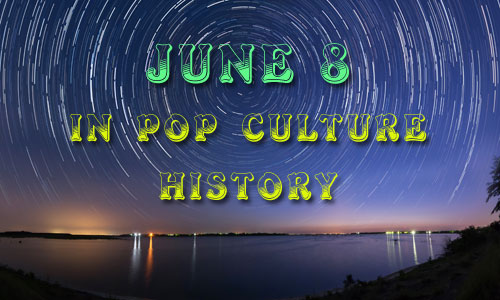 793 – The Viking Age began when Vikings destroyed the Abbey on Lindisfarne, on an island off the northeastern coast of Northumberland, England on this day.

1637 – René Descartes published Discourse on Method of Rightly Conducting the Reason, and Seeking Truth in the Sciences.

1872 – The first US post card was authorized by Act of Congress.

1906 – Theodore Roosevelt signed the Antiquities Act into law, authorizing the President to restrict the use of certain parcels of public land with historical or conservation value.

1940 – The element 93, neptunium (Np) was announced by Edwin M. McMillan and Philip H. Abelson working at the University of California at Berkeley.

1953 – The US Supreme Court ruled that restaurants in Washington DC, could not refuse to serve black patrons.

1983 – The first triplets resulting from in-vitro fertilization, Aaron, Jessica, and Chenara Guare were born at the Flinders Medical Centre in Adelaide, Australia.

1990 – Charles Freeman, the owner of E-C Records store in Fort Lauderdale, Florida, was charged with illegally selling the ‘legally obscene’ 2 Live Crew’s ‘As Nasty As They Wanna Be’ to an undercover officer.