Da Vinci’s La belle ferronnière is also called Portrait of an Unknown Woman. A ferronnière is basically an iron merchant, the retail aspect of a blacksmith. Leonardo only painted four women, not including the virgin Mary, during his career. 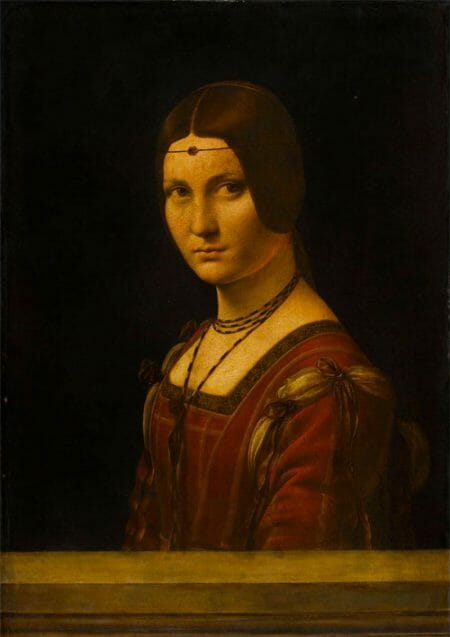 “In the normal course of events many men and women are born with remarkable talents; but occasionally, in a way that transcends nature, a single person is marvellously endowed by Heaven with beauty, grace and talent in such abundance that he leaves other men far behind, all his actions seem inspired and indeed everything he does clearly comes from God rather than from human skill. Everyone acknowledged that this was true of Leonardo da Vinci, an artist of outstanding physical beauty, who displayed infinite grace in everything that he did and who cultivated his genius so brilliantly that all problems he studied he solved with ease”
– Giorgio Vasari