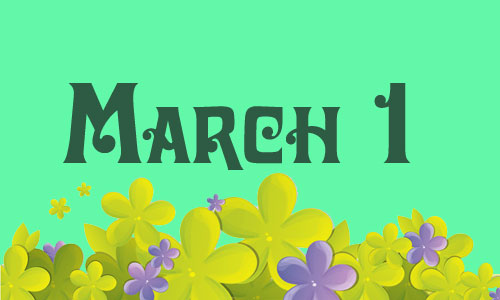 March 1 in Pop Culture History
1692 – In Salem Village in the Massachusetts Bay Colony, Sarah Goode, Sarah Osborne, and Tituba, an Indian slave from Barbados, were accused of witchcraft, beginning the Salem Witchcraft Trials. Assuming those convicted were not practicing the dark arts, 19 innocent women and men were killed as a result of the trials.

1868 – The Pi Kappa Alpha Fraternity was founded at the University of Virginia.

1971 – A bomb exploded in the Capitol building in Washington, DC, but hurt no one. A group callied the “Weather Underground” claimed credit for the bombing, which was done in protest of the ongoing US supported Laos invasion.

1971 – James Taylor made the cover of Rolling Stone Magazine, spotlighting ‘The New Rock: Bittersweet and Low.’

1985 – The Purple Rose of Cairo was released in theaters

1991- Clarissa Explains It All debuted on Nickelodeon.

1996 – The news was revealed that 1 billion households worldwide owned a television set.

1998 – Titanic became the first film to gross over $1 billion worldwide.