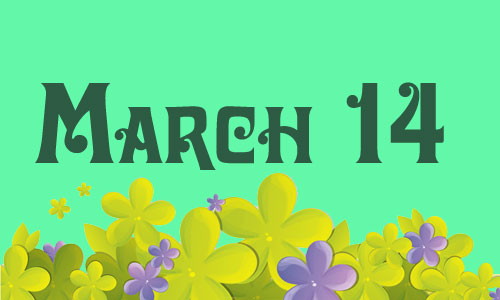 March 14 in Pop Culture History
44 BC – Casca and Cassius decided that Mark Antony should stay alive durng the Caesar assassination the next day.

1899 – Count Ferdinand von Zeppelin was issued a US Patent (#621,195) for the invention of his “Navigable Balloon,” the rigid airship, known as the Zeppelin.

1900 – The Gold Standard Act is ratified, placing United States currency on the gold standard. No country uses it today (2016).

1951 -UPI photographer Arthur Sasse asked Albert Einstein to smile, but instead he stuck his tongue out, hence we have the famous photo.

1958 – The Recording Industry Association of America awarded the first Gold Record (500,000 sold) to Perry Como for Catch A Falling Star.

2011 – Aflac Insurance fired Gilbert Gottfried, the voice of the Aflac Spokesduck, for an offensive online tweet about the Japan earthquake.