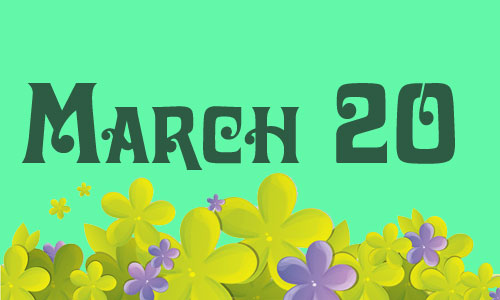 March 20 in Pop Culture History
1345 – According to scholars at the University of Paris, the Black Death was created today, from what they called “a triple conjunction of Saturn, Jupiter and Mars in the 40th degree of Aquarius, occurring on the 20th of March 1345.” Actually, the bubonic plague came from infected fleas from sickened and dead rats.1602 – The Dutch East India Company was established.

1854 – In Ripon, Wisconsin, former members of the Whig Party formed the Republican Party.

1987 – The FDA approved the sale of AZT (azidothymidine)