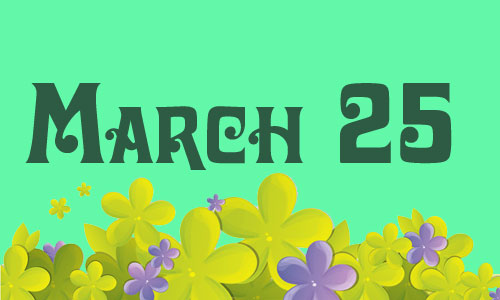 March 25 in Pop Culture History
421 – The city of Venice was founded.

1811 – Percy Bysshe Shelley was expelled from the University of Oxford for publishing the pamphlet The Necessity of Atheism.

1990 – The Happy Land nightclub fire was an arson fire that killed 87 people in The Bronx, New York City.

1995 – WikiWikiWeb, the world’s first wiki, and part of the Portland Pattern Repository, was published online by Ward Cunningham.