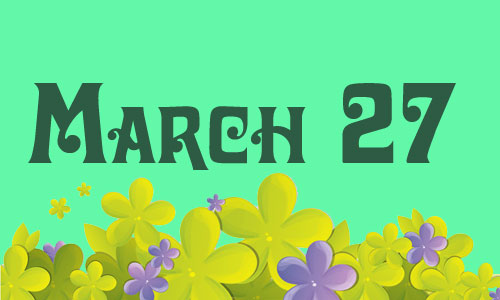 March 27 in Pop Culture History
1886 – Apache warrior, Geronimo, surrendered to the US Army.

1915 – Typhoid Mary, the first healthy carrier of disease ever ID’d in the United States, was put in quarantine.

1964 (Earthquake) ‘Good Friday Earthquake’ – the most powerful earthquake in US history at a magnitude of 9.2, struck Southcentral Alaska, killing 125 people and inflicting massive damage to the city of Anchorage.

1973 – Native American actress Sacheen Littlefeather went to podium for Marlon Brando to decline his Best Actor Oscar for his performance in The Godfather.

1998 – The FDA approved Viagra. It seems like the commercials were running a lot longer than that.