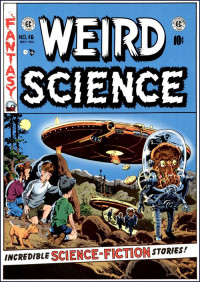 Mars Attacks was an odd trading card set produced by Topps in 1962. The art was by Wallace (Wally) Wood, Bob Powell and Norman Saunders. It was based on the cover of a comic book, Weird Science #16.
Wally and Bob sketched the cards, and Norman painted them. Len Brown and Woody Gelman wrote the story/plotline. The cards were hated by outraged  parents and authorities, with all the gory violence and sexual innuendo. Keep in mind that most cards kids were collecting in 1962 were of the Baseball variety.
The original series had 55 cards. An expanded set, with 45 new cards added, was released in 1994, and later, a Tim Burton film in 1996. 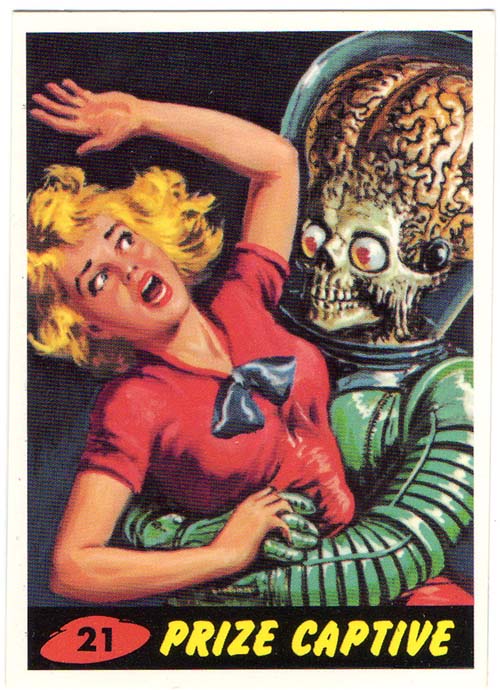