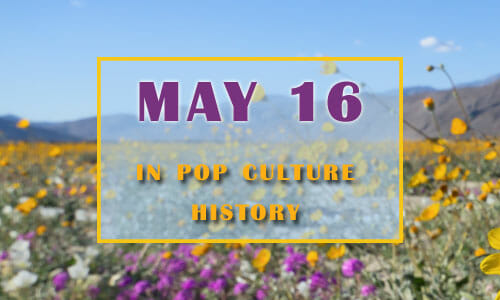 1946 – The first magnetic tape recorder was demonstrated by Jack Mullin.

1966 – The Beach Boys’ Pet Sounds and Bob Dylan’s Blonde On Blonde were both released.

1983 – The concert special Motown 25: Yesterday, Today, Forever was broadcast by NBC; Michael Jackson performed his ‘moonwalk’ dance for the first time on television.

1988 – Nicotine was declared to be addictive in ways similar to heroin and cocaine, in a report released by US Surgeon-General C. Everett Koop.

1996 – 12 million people tuned in for the series finale of Murder, She Wrote on CBS. The show was the longest running American Murder-Mystery drama.