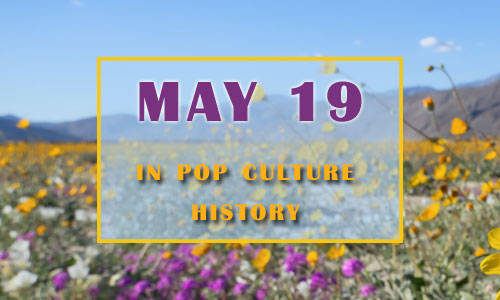 May 19 in Pop Culture History

1780 – This morning, a combination of thick smoke and heavy cloud cover caused complete darkness to fall on Eastern Canada and the New England area of the United States candles were needed by noon, and it not disburse until the following evening, causing New England’s Dark Day.

1910 – Earth passed through the tail of Halley’s Comet.

1965 – Pete Townshend wrote My Generation today, his 20th birthday on a train. He was on a train because his car, a 1935 Packard hearse, was ordered away by the Queen.