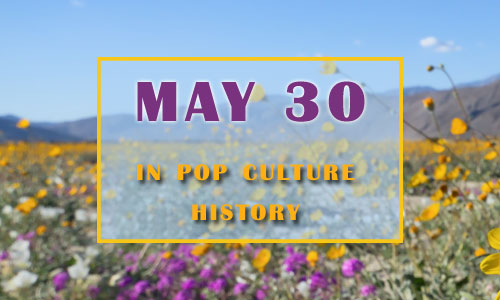 May 30 in Pop Culture History

1431 – At Rouen, Normandy, Joan of Arc was burned at the stake for heresy.

1806 – Future US President Andrew Jackson participated in a duel, killing Charles Dickinson. Dickinson shot first, wounding Jackson, but Jackson’s shot at Dockinson was fatal. Most of Andrew Jackson’s duels were for the questioned honor of his wife, Rachel.

1922 – The Lincoln Memorial was dedicated in Washington DC.

1966 – Launch of Surveyor 1, the first US spacecraft to land on an extraterrestrial body (the Moon).

2005 – American student Natalee Holloway disappeared while on a high school graduation trip to Aruba. Most people believe that Joran van der Sloot had something to do with it.