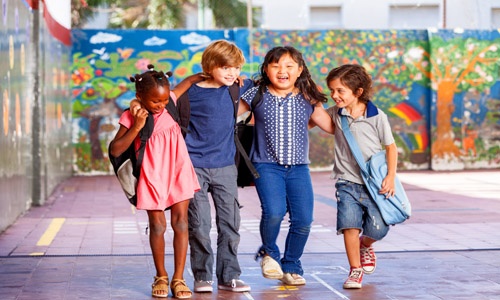 The creators of National Hugging Day embraced January 21st because it is the mid-point between Christmas and Valentine’s Day. The lull in between holidays can be rough, particularly in winter. This is something many of us relate to: the third Monday in January (right around January 21st) has become known as “Blue Monday” on social media – a day we collectively acknowledge that our spirits are at an annual low.

While the Blue Monday thing isn’t backed by statistics, Seasonal Affective Disorder (a.k.a. SAD, a.k.a. winter depression) is very real. As many as 10 million Americans are thought to suffer from the disorder; countless more may experience mild SAD symptoms (depressed mood, lethargy, increased appetite and weight gain, even suicidal thoughts).

So while copyrighting a holiday may seem kind of hokey, National Hugging Day may not be such a bad thing. Hugs are actually a natural anti-depressant! The act of hugging releases feel-good chemicals in the brain, which in turn can lower stress, elevate mood, energy and productivity, and boost the body’s ability to fight infection.

In a way, maybe National Hugging Day is helping to keep America healthy, one display of PDA at a time. Ask not what your country can do for you, ask* who you can hug for your country!

* The folks behind National Hugging Day urge caution and discretion; since not everyone is onboard with the whole “touching” thing, you should always ask before laying a hug on someone, no matter how well-intentioned you may be.

It’s also probably a good idea to wash your hands in between hugs – this is cold and flu season, after all. Bottom line, if you must hug, please hug responsibly.