Sadie Hawkins is not a real person she was a character created for the comic strip Little Ab’ner by Al Capp.  Sadie was the ugliest girl in the mountain town of Dogpatch and so her father created a day when the women of the town could chase the men, if a man was caught he had to, by Dogpatch law, marry the woman. 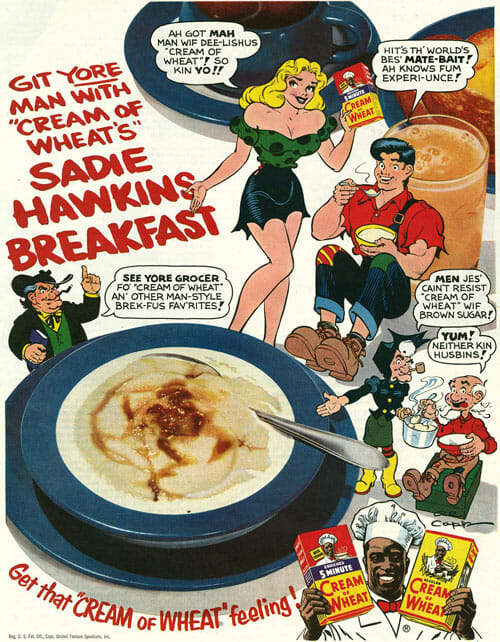 In our more liberated time Sadie Hawkins Day is not as necessary.  Women have been empowered to break a lot of the old social conventions and one of them is to ask the men out on their own, without a special day to get the privilege.  Maybe the next step will be a Liberace Day, where men can ask men to a dance.