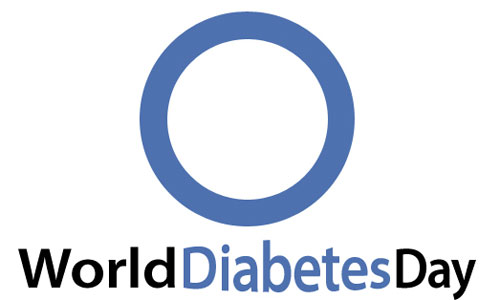 World Diabetes Day was created by the International Diabetes Federation in 1991.  Its development was in response to the high rise of diabetic cases across the globe.  The purpose is to promote advocacy for diabetics as well as information for the general public on how to curb the disease from rising any further.  The United Nations in 2007 made this an official day of their own adding to the day’s prestige and worldwide awareness.

Diabetes, also known by its more technical term diabetes mellitus, is a group of metabolic diseases in which a person has high blood glucose (blood sugar), either because insulin production is inadequate, or because the body’s cells do not respond properly to insulin, or both. Patients with high blood sugar will typically experience polyuria (frequent urination), they will become increasingly thirsty (polydipsia) and hungry (polyphagia).

Other symptoms of the disease are male sexual dysfunction, high blood pressure, and cuts and bruises that do not heal.  Diabetes can also lead to kidney disease and permanent kidney failure.  High  Blood Pressure can also lead to kidney Failure.  Which ultimately leads to dialysis where a person must have their blood cleansed 3 times a week as the body has stopped being able to do so on its own.  In 2013 it was estimated that 382 million people worldwide had diabetes.